Back to the Fanart

Hello everyone. Of course with it being Sunday, it's time for another art showcase.

This first one comes to us from Akirevo: Sketchy art of Schwer-Muta. I find the style and overall presentation very adorable, somewhat fitting for Schwer's own personality. 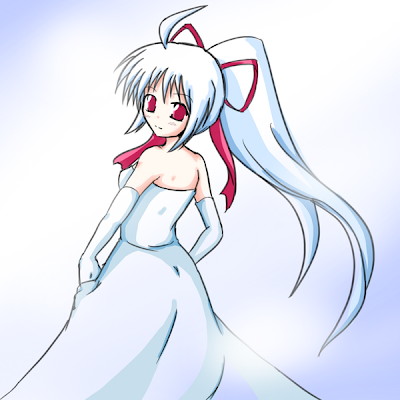 I'm sure a few of you longtime SaSA followers may recall seeing this chibi Spiritia a few years back. Well, this art of Freudia's... er... backside is from the same author: 割と普通. It could be just about summed up with any of my standard complement phrases. Old, but still enjoyable.

Curse of the Fanart

Before I dig into the art showcase, I want to wish everyone on Schwer and Schwer Alike a great and happy holidays. With that out of the way, it should probably be worth mentioning that this post will stick with stuff on deviantART, in comparison to pixiv as with my prior two fanart showcases. So the overall quality of the art itself my differ, but I have a job to do.


Tia and Freud by *Haychel on deviantART

And where else to start than with this group shot of Tia, Freu, and Lilli, drawn by Haychel. For something on the English side of the community, it's very well done, the way the backdrop is done makes the image look like a painting, and I particularly like how accurate the characters are appearance-wise to the source material. The glow effect used on Lilli is also a great effect dome with no problems.


Scketch request to waraulol: versus crossover by ~Drawloverlala on deviantART

By now everyone knows of Grolla Seyfarth's overall similarities to Zero from the Mega Man games, so eons later here's another Grolla & Zero art, this time from Drawloverlala. This time Zero is based on his Mega Man Zero appearance, and a couple of the details in Grolla's design and colors could be improved on, but this still remains a concept ripe for expanding on, placing the characters of Rosenkreuzstilette next to their original design influences.

I chose to showcase this one as it's appropriate for the time. Tsukikage100's art of Eifer in red, meant to represent Christmas. A little rugged in some areas, but still a cute image by any means.

Next time will be back to pixiv.
Posted by Justin De Lucia at 12:51 AM 4 comments:

Revenge of the Fanart

Very adorable Freu art from Potemayo, even if it may not be the most accurate representation of her.

I'm positive that anyone whom has searched up Rosenkreuzstilette has seen something from Glacs.fz at least once. Here's his recent Pamela Arwig art, with some (albeit minor) touchups to her original design. Good one as always~

And after that, comes probobly the first art in the showcase to just have some fun. Freudia and Spiritia playing with Pocky sticks. The way Spiritia's tie and hairband are colored blue reminds me of the way blog follower ShivaDF re-designed her several years ago. Somehow this art, especially Tia's confused expression makes me chuckle.

Return of the Fanart

Here's the second entry of weekly Rosenkreuzstilette fan art. Before I begin, it's worth mentioning that shizuku has added a few more RKS-themed pieces to her gallery, including another group shot of the RKS and two images of Eifer hanging with Strudel.

Remember how I said that after Freudenstachel launched people liked to pair up Freudia and Pamela? This art from Mr. Mail is one of these pair-ups: Chibi Freudia and Pamela in battle poses. Pamela's outfit seems a little too red, but the adorable style, facial expressions, and use of effects make up for this.

I need to apologize if the attempts at translating the author's names are inaccurate; I have no knowledge of the language.

And now here's something I've been wanting to show since I first began: custom portraits of the original Rosenkreuzstilette, plus Karl. They are very accurate to WOMI's own art style and could fit just about anywhere within the games. If you want to see the rest, I recommend trying this search.

I believe that should be enough for today.
Posted by Justin De Lucia at 12:45 PM No comments: 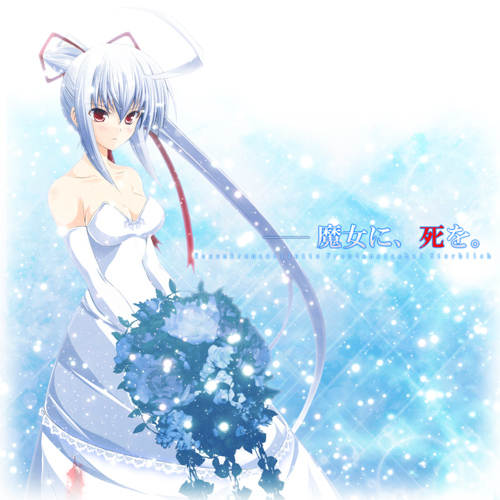 Today, WOMI updated the [erka:es] devblog with a rather interesting download just below this charming picture of Freudia. If you have RKSF installed on your computer but want an extra challenge, download the .exe located just below the picture and place it in the same location as the main Freudenstachel files. It's the same old Freudenstachel, but now you start only with 1HP. Make any mistake and you're virtually done for. Couldn't get any more detailed than that. Life pellets, capsules, and Cross Tanks are eliminated, but in contrast, 1UPs are more common, and checkpoints are more plentiful. EDIT: Turns out there aren't any changes to the checkpoint system, they're all identical to the standard RKSF.

Oh, and there's a Weißsilber mode that plays under the same rules.
Posted by Justin De Lucia at 3:32 PM 11 comments: 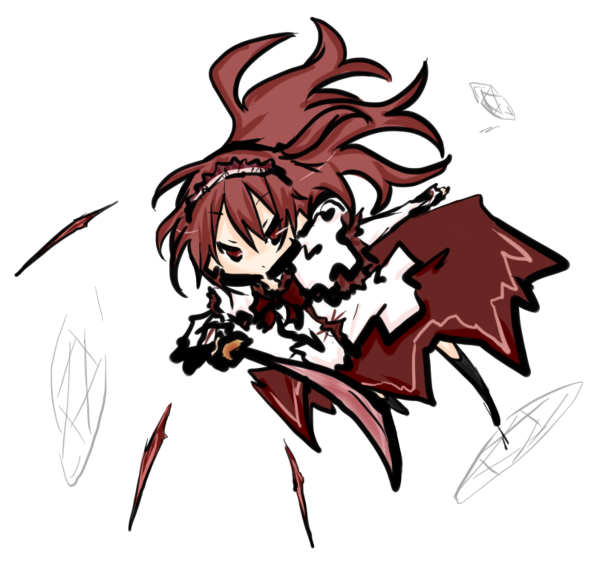 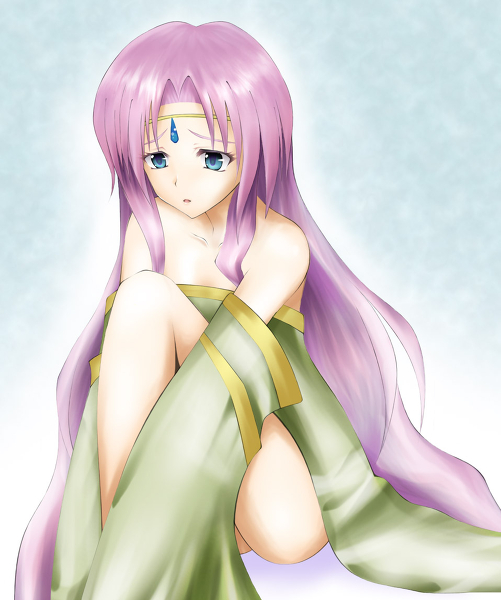 And that's it for today. I'll be back with the second run next Sunday.
Posted by Justin De Lucia at 12:33 AM 4 comments: