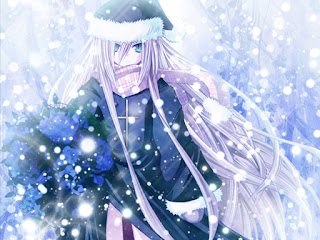 In the meantime, are you playing The eXceed Collection released by nyu media on Steam recently? You may have already played the series or something, but if you didn't actually buy it, go show your support by grabbing it, because it's really good. Well, the first game sucks, but 2nd and 3rd are fantastic. eXceed 2nd is pretty much "moe Ikaruga", and eXceed 3rd is INTERSECT THUNDERBOLT, so get to it! So yeah, play that for a while (and some Ys too, I guess!) as we wait for the release of the long-awaited Rosenkreuzstilette Freudenstachel. We'll keep you posted!
Posted by Letty Whiterock at 12:28 PM 23 comments: