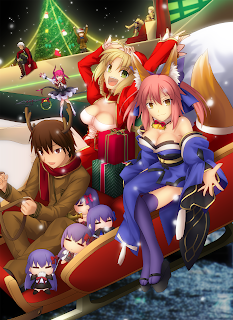 It's been one hell of a year on our side of the pond, with two game releases, two lost loved ones, and a whole lot of pushing ourselves, heartbreak, and faits accomplis all around.  A year ago today, I promised that 2017 would be a big year for Rosenkreuzstilette.  I'd like to think that we've made good on that promise, but I'll leave the final verdict on that one up to you.

With things wrapping up on RKS, it's reassuring to know that there's plenty to look forward to in the year to come.  In addition to the RKSF Developer Diary (you'd have to kill me to stop me from finishing these -- I must admit that my day job is doing an admirable job trying), I have a few pet projects that I hope to see through to completion before a certain someone's 30th anniversary celebration has concluded.  It's a bit too early to announce exactly what just in case it doesn't end up being feasible, but it's something I've wanted to do for a long time now.

On behalf of Darksquid Media, Darkside Translations, Schwer and Schwer Alike, and Active Gaming Media, I wish you all a Merry Christmas, Happy Holidays, and a Fantastic New Year.  See you in 2018!
Posted by TDOMMX at 5:59 PM 5 comments: