We here at Schwer and Schwer Alike would like to extend a warm welcome to Nene Ayatsuki, the newest member of the RKS voice cast. She will be voicing both Rink and Lecht Refraktia for Rosenkreuzstilette ~Freudenstachel~, and in listening to her voice samples, I have to say that I think she’ll fit right in. Congratulate her and give her your best regards on Twitter, if you would be so kind, and listen to the sample page on her site by clicking the small banner.

It never really occurred to me that they’re all blonde-haired. Whatever the case, this is a pretty amazing piece of art by 暗月の故障者, and you should definitely click the picture to see the full version of the image. Also worth checking out are our new Facebook Timeline cover image (“Like” us and go check it out), as well as Spritia with -1 lives from another artist, who actually has some pretty awesome (and hilarious) RKS fan art. What are you waiting for? Check it out!
Posted by Letty Whiterock at 7:33 AM 3 comments:

Thanks to SaSA reader Axl007, Rockman Ciel caught my attention, and I must say I’m impressed but by no means surprised. Ciel was pretty great, after all, and making an entire project around her seems like something that needed to happen. Rockman Ciel seems to be an entire multimedia project that includes a Zero-based fan game in progress, a full art series on pixiv, a Web Radio series, and even a project concept art book with full character backgrounds and scenario history. It seems like a pretty ambitious and crazy project, and I hope to see it come to fruition. My hope is that it doesn’t suffer the same fact as Rockmen R, which swiftly received the C&D hammer from Capcom and is no longer available. We’ll see how that goes.

You may remember Hisaoman, the (arguably tasteless) Katawa Shoujo fan game with a Rockman touch. It turns out that this game was supposed to be released shortly after the release of the game early this year, though the forum thread stated “around this November (2011)”. There hasn’t been a lot of news concerning development, and it almost seems like the project may be on the backburner, as his latest post on Newgrounds seems to be more concerned with Ragnarok sprite animation. However, KS hasn’t been completely forgotten, as he released Katawa Shoujo: Symphony of the Feminists back in February, which features a Rockman-sprite Miki. The game itself is really silly and pretty fun, though the SotN PSX-inspired dialogue leaves a lot to be desired. Well, if anything comes up with this project, we’ll definitely mention it here. This is really turning into a Mega Man fan game blog, isn’t it?

I’ve been looking to change up the site layout a little bit by adding links to the sidebar and implementing pages, most notably with information about obtaining and working with Rosenkreuzstilette. Currently, I’ve added links to the Rockman-inspired various fan projects, as well as related blogs, including the re-addition of zaku6’s. I imagine I’ll be able to clean this up a lot by adding an overall “Link” page. I really want to revamp the sitenav and get everything as neat as possible. In addition, I will need some help from some of SaSA’s readers concerning my "RKSclopedia” project. I plan on moving the wiki entirely away from Wikia and setting it up on Google Sites, which looks a lot neater and will give us a lot more control to prevent future problems and speculations when Freudenstachel comes out. We’ll have a basic gathering of all character and scenario information for the site, and compiling and editing will be done as a group over Google Docs. Once that’s all said and done, we’ll get the ball rolling. The RKS Wikia isn’t going anywhere, obviously, and will undoubtedly be updated as the series goes on. That’s fine. I just want to have the most accurate and well-maintained wiki possible based here on SaSA. I figure that’s reasonable enough. I’ll try and get that WOMI interview done soon, when my friend who can help me with the translation stuff isn’t busy.

If you would like to help with this project, please inquire in the comments or e-mail us directly at grollschwert[at]gmail[dot]com. Let’s continue to improve Schwer and Schwer Alike as the best RKS resource on the net!

Posted by Letty Whiterock at 7:16 AM 2 comments:

With the Twitter account mysteriously still suspended, TEN has opened up an official website for Project LT. Listed on the website are the main staff members of the game project; in addition to Sumikaze Midi (character designer) and TEN (music composer) are Takopi (background design) and Kogarasi sk (main programmer). All four members of the project appear to be pretty talented artists, with Takopi especially good at pixeling. All in all, this is looking pretty promising, and SaSA will continue to keep you up-to-date on new developments.

The Project LT Twitter is currently accepting questions and comments concerning Whiterockman Letty. If you guys have anything you want to say to the Project LT devs, send them a line via Twitter. The best part about it all is that you don’t have to run anything through or by a translator. They are accepting and will respond to and in English, so the language barrier is broken! What are you waiting for?

On the RKS side of things, WOMI seems to be making progress on Freudenstachel. He appears to be working on the voice acting aspect of things, so the scenario/script side might very well be done. This is good news! With this level of progress, we’re definitely looking at a C83 window, and I, for one, think it will be worth the wait. So yeah, there’s your update. Enjoy~

Edit: The Project LT is currently experiencing problems, as Twitter seems to be suspending the account for seemingly no reason at all. Until that gets settled, feel free to post questions here, or send whatever you want to ask to the SaSA Twitter account, and we’ll relay the questions their way when it gets fixed.

Posted by Letty Whiterock at 6:21 AM No comments:

Project LT, the Touhou-based Mega Man-style fan project starring Letty Whiterock, has launched an official Twitter account for updates on the project (it’s got a really cool avatar, too!). In addition, the official flash site has been updated with Cirnoman (pictured right), complete with Ride Armor. The picture to the right links to Sumikaze Midi’s pixiv page for the image, so be sure to check it out for the full version. Show your support by following them, as well as Project LT, on Twitter and by posting below. They’re reading this, after all!

I guess SaSA now has two big things it’s following, and we’ll be doing our best to keep you posted on both!

Posted by Letty Whiterock at 4:52 AM 5 comments: 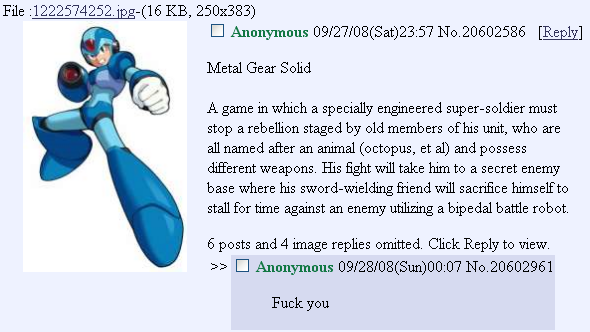 Email ThisBlogThis!Share to TwitterShare to FacebookShare to Pinterest
Labels: lustatemblr

So there are two really cool guys in the Japanese doujin scene named Sumikaze Midi and TEN. Why are they so cool, you ask? Because they are currently working on something amazing. Back at C78, Sumikaze created this a really cool-looking doujinshi called “Whiterockman Letty ~Dr. Okuu’s Ambition~” (you can see samples of it here), and TEN uploaded a promotional video for it on Nico, featuring a chiptune version of Letty’s theme and sample pages. All in all, it’s a pretty cool thing. Well, now, there’s a website with an unfinished flash animation featuring two characters: Whiterockman and Momijiman, who appear to be the Touhou equivalents of X and Zero, respectively. There are currently 7 open slots for Cirno, Hong Meiling, Hina Kagiyama, Parsee Mizuhashi, and Yuyuko Saigyouji, and no one has been given any information yet. Could this be an upcoming doujinshi series? Or perhaps, with TEN composing music tracks and posting them on his Twitter, could we be seeing the makings of a new Megaman-style platformer? A fun project, or the game that we’ve been waiting for to fill that MegaMari X-shaped hole in our doujin-loving hearts? It’s definitely worth keeping your eyes open for this one!

Follow Sumikaze and TEN on Twitter, and keep your eyes peeled for updates to the ProjectLT hashtag. This could be pretty amazing, and I’m not just saying that because I’m Letty Whiterock. Well, maybe I am a little bit.