Hello, everyone! Kept you waiting, huh? Sorry about that. I've been wanting to make this post for a while, but Murphy's Law decided to kick into overdrive over the past few weeks. I wouldn't have believed the timing of these events if I hadn't lived through 'em myself...

I'm pleased to report that my original diagnosis of the hard drive crash was spot-on; my Windows partition's file table was corrupted due to some physical damage to the hard disk, while the remaining three partitions were 100% unharmed. Naturally, I took the prudent course of action and retrieved the contents of the three partitions immediately.  Once I'd confirmed that everything was properly backed up did I attempt to recover the data from the corrupted volume. Thankfully, everything went off without a hitch and not a single byte of valuable data was lost (some operating system files were kaput, but nothing important). I replaced the damaged hard drive (a 150 gig one at 5400 rpm) with a larger and faster one (320 gigs at 7200 rpm), reinstalling the essentials like my operating system, my programming environment, my graphics software, you get the idea.  With that, we should have been back in business... 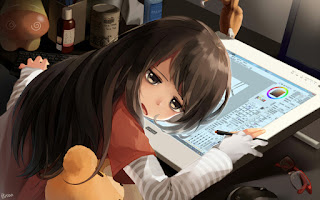 Shortly after the bare necessities were set up, the system would spontaneously decide to shut itself down every now and again. A quick tap on the underside of the machine easily revealed why; my laptop was seriously beginning to overheat, whether due to age, poor air flow, or the recent change in components. I ordered a laptop cooling pad to help regulate the temperature and installed an app to keep track of the CPU's temperature in Window's System Tray, and things have more or less stabilized since then.  I need to keep a constant eye on the temperature and have to take a break whenever the temperature climbs above 130º F (the auto-shutdown kicks in at 145º F -- for reference, the temperature is 87º F at cold bootup, and typical use keeps the temperature around 100-105º F).  Thankfully, it's wintertime in Canada, and I can just place the laptop on the windowsill to cool it like a freshly-baked pie whenever the cooling pad isn't able to do the job quickly enough. 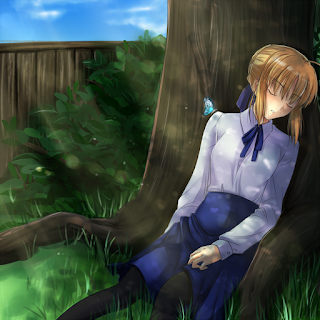 At around the time I'd figured all of this out, real life unfortunately kicked in. As many of you already know, I work at a Thai restaurant during the day and moonlight in video game localization; it's my work at the restaurant that keeps the bills paid and allows me to work on Rosenkreuzstilette during my off-hours.  Well, in the past month, three of my coworkers resigned from their posts for a variety of reasons that it isn't my prerogative to repeat.  As you can imagine, this left us short on manpower, and my qualifications as a jack-of-all-trades ended up backfiring on me; the owner and the manager both begged me to cover the vacated shifts while they searched for replacements.  That effectively robbed me of my days off, leaving me with no time to check my messages or type up a blog post, far less make any meaningful progress on RKS.  To make matters worse, the two applicants we hired chose to simply not show up for their first day of training (earning them both immediate terminations -- punctuality and reliability are critical in the food service industry).  So, I had to grit my teeth and endure the exhaustion while we searched for other candidates (all while addressing other issues like disciplining problematic coworkers, staying after-hours to deal with emergencies like leaks and floods within the restaurant, and so on...).

Thankfully, this story has a happy ending (you wouldn't be reading this entry otherwise): we finally found a candidate with both the skills and the professionalism to show up, ready to work, meaning I finally get some time to relax.  I personally trained him in some of his duties earlier this week.  So, after much ass-busting, I finally have some time to catch my breath and finish setting up my machine.  Thankfully, the bare essentials are already installed, so we can pick up where we left off almost a month ago.  Our momentum might have been killed, but our drive certainly hasn't.  Time to bring ourselves back up to speed!

I'll be back in just a bit, once I've gathered the necessary screenshots for the blog post I had intended to make on November 8th.  This time, we'll be having a look at the subtle changes to RKS's Status Subscreen.